In a move that could revolutionize gender-reassignment surgery, hospital officials in Boston are considering whether to allow a first-ever penis transplant in a transgender man. Surgeons hope to attach a dead man’s penis to the groin of a patient born as a biological female.

“This would be a quantum leap if you were able to transplant a real penile structure. It’s certainly pushing the boundaries,” Curtis Cetrulo, MD, a plastic and reconstructive surgeon at Massachusetts General Hospital, told MedPage Today. “We’re ready to do it, and we could do it pretty soon if we get it approved. I’m hopeful we can do it. It would be super-helpful to a lot of these [transgender] patients.”

Surgeons in the U.S. and South Africa have only performed a handful of successful penis transplants, all in adult men who lost their genitals to cancer or trauma. Cetrulo led a landmark 2016 transplant surgery in a 64-year-old man who’d had a penectomy due to cancer. In a 14-hour procedure in 2018, Johns Hopkins University surgeons successfully attached a penis, scrotum, and parts of abdominal wall to a soldier who was severely injured in a bomb blast in Afghanistan. Surgeons reported successful recovery of urinary and sexual function in both cases.

There are no generally accepted penis-transplant guidelines nor agreement about whether the procedure is appropriate for transgender patients. MGH currently allows the transplant in men who have congenital penis defects or who lost their penises to injury or cancer. Officials are considering whether to expand the existing protocol to allow the surgery in a specific transgender patient, Cetrulo said.

The main objectives of penis transplants are to provide an aesthetic phallus, urinary function, and sexual function (including erections and “erogenous sensitivity”), he said.

While outcomes remain unknown, the prospect of penis transplants in transgender men is “huge,” California gender reassignment surgeon Marci Bowers, MD, told MedPage Today. “This is like a heart transplant to someone who has end-stage heart disease. It’s that big. Prior methods were just so substandard in so many ways.”

As Bowers noted, phalloplasties – in which phalluses are constructed from flaps of skin – have complication rates of 80% to 90%, and that’s not the only limitation. Oregon activist and author Jamison Green, PhD, a transgender man, told MedPage Today that phalloplasties “don’t have the same aesthetic appeal [as natural penises] and they don’t enlarge and get hard on their own. They’re always the same size.”

Metoidioplasties are another option for transgender men, but they also have limitations. In these procedures, surgeons form neophalluses out of clitoral tissue. The phalluses are disappointingly small, Green said. “You do have an erection and it can stay hard. Some people are capable of penetrating a partner, and some are not.”

Still, limitations include the fact that transgender men who receive penis transplants will not be able to ejaculate since they lack a male reproductive system.

It’s also not known if they’ll be able to have erections. For now, Cetrulo said, the plan is to see if physical stimulation of the transplanted penis will engorge the clitoris enough to trigger blood flow to the corpus cavernosa in the penis – an erection.

Alternatively, as in phalloplasties, men could get implants or pumps to allow erections. However, “there are always concerns about placing an implant in someone on immunosuppressants. Anytime we put a foreign material in our body, be it a knee joint or a breast implant, there’s a risk of infection,” Chicago gender reassignment surgeon Loren S. Schechter, MD, told MedPage Today.

Not surprisingly, penis transplants in transgender men will be more challenging than in cisgender men. In addition to connecting nerves and blood vessels, Cetrulo said, patients will need urethra lengthening, as in phalloplasties, so the transplanted penis can urinate. However, he said, “the beauty of taking transplanted tissue is you can take as much tissue as you want. You can take the extra length of the donor’s urethra so you wouldn’t have to do the lengthening procedure.”

Of course, penis transplants aren’t possible without donor penises – a potential hitch. Genitals, like faces and hands, cannot be harvested without permission of a donor’s next of kin. A signature on an organ donor card isn’t enough.

New England Donor Services successfully worked with donor families to provide organs for penis transplants, and Maryland-based Living Legacy Foundation has trained its staff in how to approach families in case a donation was needed at Johns Hopkins.

However, some organ donation agencies may be leery of facilitating penis transplants. On condition of anonymity, a person who has worked in the field told MedPage Today that there’s concern that headlines about penis transplants will lead some men to retract permission for their organs to be donated.

There may be other challenges on the donation front. In a 2019 report on its penis transplant clinical guidelines, a Johns Hopkins/University of Maryland team noted that the possibility of prejudice against transgender people could make it difficult to convince families to donate penises of loved ones.

Johns Hopkins bioethicist Jeffrey Kahn, PhD, MPH, elaborated in a 2015 interview with the New York Times: “A 23-year-old wounded in the line of duty has a very different sound [to a potential donor’s next of kin] than somebody who is seeking gender reassignment.” (Kahn declined to comment for this story, noting that he works with the university’s transplantation unit on ethics regarding vascularized composite allograft [VCA] procedures. These are transplants of multiple types of tissue, such as faces, limbs, and genitals.) 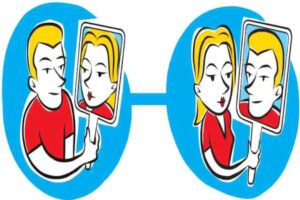 Penis transplants in transgender individuals raise many other questions. Will scrotums also be transplanted, as was done in the Johns Hopkins transplant? What about testicles, which could produce sperm and – conceivably – offspring of the original donor? Testicles were not transplanted in the soldier’s penis/scrotum/abdominal wall surgery at Johns Hopkins for this reason.

Tufts University School of Medicine transplant surgeon Dicken Ko, MD, a member of the MGH team, took part in a landmark European testicle transplant last year between two identical twins. He told the New York Times that he wouldn’t transplant testicles into a transgender patient: “Then the offspring is technically whose child?”

VCA transplants in general are a controversial topic among bioethicists, especially in light of their high cost, high risk, and need for lifetime immunosuppression. “Unlike most solid organ transplants which are typically lifesaving, the goal of VCA is to improve quality of life. One of the challenges in VCA is that the [bioethics] field is still determining how to define and evaluate quality of life,” bioethicist Laura Kimberly, PhD, MSW, of NYU Langone Health, told MedPage Today. “The field has yet to agree on how best to do this in a way that is fair and consistent for all potential VCA candidates.”

One critic questions whether penis transplants should be performed at all. They raise “ethical questions concerning aesthetics, morbidity, function, and cost-burden given the more readily available and less morbid alternative of phalloplasty,” wrote Johns Hopkins urologist Hiram Patel in a 2018 commentary.

The cost of a penis transplant in a transgender patient would likely be covered by research grant funds, Cetrulo said. The transplant at Johns Hopkins cost a reported $300,000-$400,000, all covered by the institution.

Cetrulo acknowledged that lifetime immunosuppression will be needed. Green, the Oregon transgender activist and author, noted that a weakened immune system is an especially sensitive subject during the COVID-19 pandemic.

Moving forward, penis transplants are expected to continue in the U.S. At Johns Hopkins, two patients are being evaluated, Richard J. Redett, MD, chair of the department of plastic and reconstructive surgery, told MedPage Today.

As at MGH, transgender patients – for now – are not yet part of the official protocol at Johns Hopkins. But the institution has evolved on one front: It no longer limits surgeries to victims of military injuries. “We have expanded our indications to include men with congenital anomalies and men who have lost their penis to cancer surgery and are long-term cancer free survivors and ready for reconstruction,” Redett said.

Ultimately, bioethicist Kimberly said, institutions may not be able to justify only performing penis transplants in cisgender patients – those born as biological males. “If an institution has determined that it considers the risk/benefit ratio acceptable for penile transplantation in cisgender men, and if the risks to transgender men would not be substantially higher,” she said, “it would be hard-pressed to deny access to penile transplantation to transgender men solely on the basis of their gender identity while making it available to cisgender men.”

What is the Difference Between Cancer Grade and Cancer Stage? 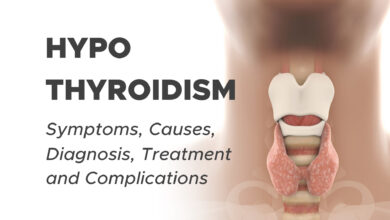