Very few areas have seen rapid innovation known to medicine, and very few have the same impact on the population. To celebrate these modern achievements, let’s take a closer look at the 15 medical inventions that changed the world forever.

Gabriel Fahrenheit first invented the mercury thermometer in 1714, which is still in usage today. However, the first device used to measure temperature appeared in the 1500s and was created by Galileo. 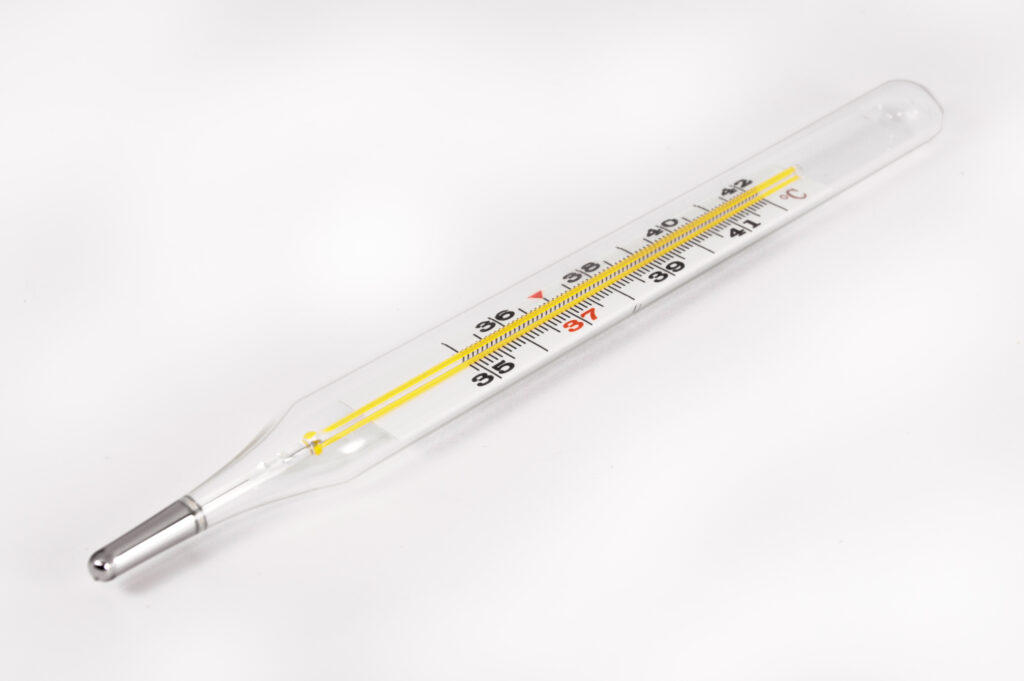 The device was based on the simple principle that a liquid’s density changes to its temperature. Nevertheless, mercury thermometers are being phased out in favor of the digital thermometer due to the poisonous nature of mercury.

A hypodermic needle with its austere appearance and a simple working principle was invented only about 150 years ago. Before that in ancient Greece and Rome, physicians used thin hollow tools to inject fluids into the body. In 1656, a dog was given an intravenous injection via a goose quill by Christopher Wren. 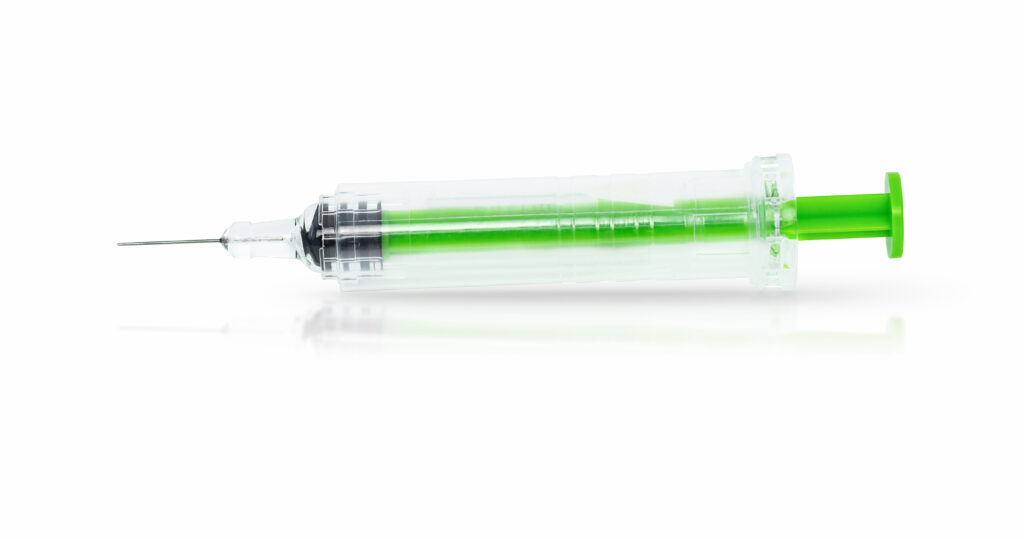 The modern hypodermic needle was invented by Charles Pravaz and Alexander Wood somewhere in the mid-1800s. Today, these needles are used to deliver correct drug dosage in treatment and extract body fluids with minimal pain and risk of contamination.

It is difficult to pinpoint when vaccines became an accepted practice, mostly because the journey to discovery was long and complicated. Beginning with an attempt by Edward Jenner in 1796 to use inoculations to tame the infamous smallpox virus, the usefulness and popularity of vaccines grew very quickly.

Throughout the 1800s and early 1900s, various vaccinations were created to combat some of the world’s deadliest diseases, including smallpox, rabies, tuberculosis, and cholera. For 200 years, one of the deadliest diseases known to man – the smallpox – was wiped off the face of the earth. 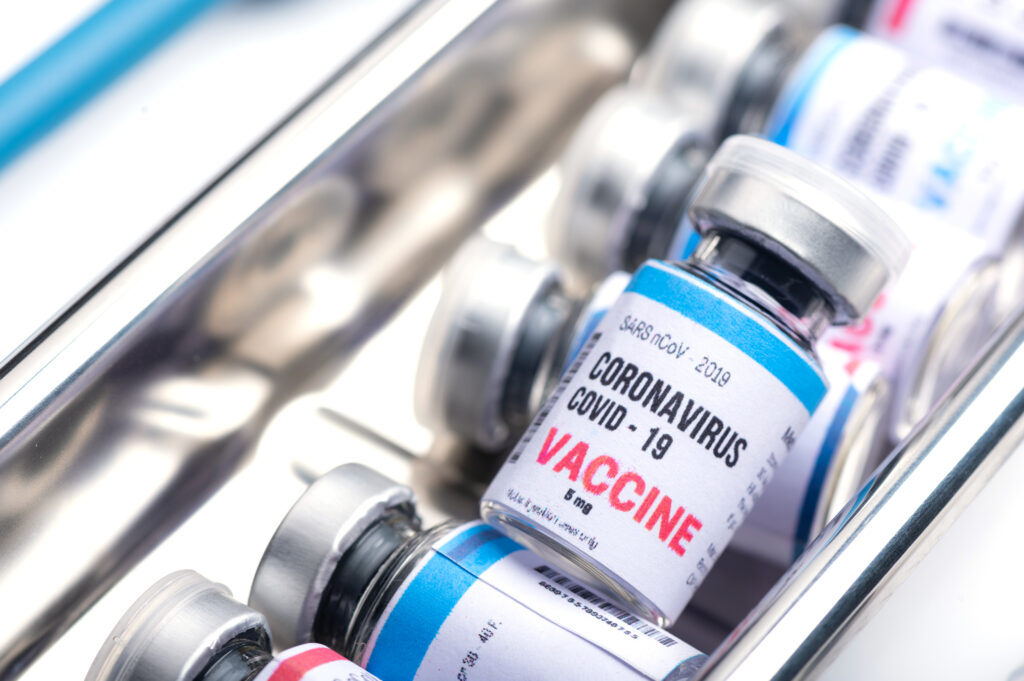 Since then, virtually all vaccines have worked using the same concept. That was until a new technology, called mRNA, came along and created game-changing possibilities for the future of healthcare. Its high effectiveness, capacity for rapid development, and potential for low production costs were evident during the Covid-19 pandemic two separate mRNA vaccines were developed and approved for use in just a matter of months. 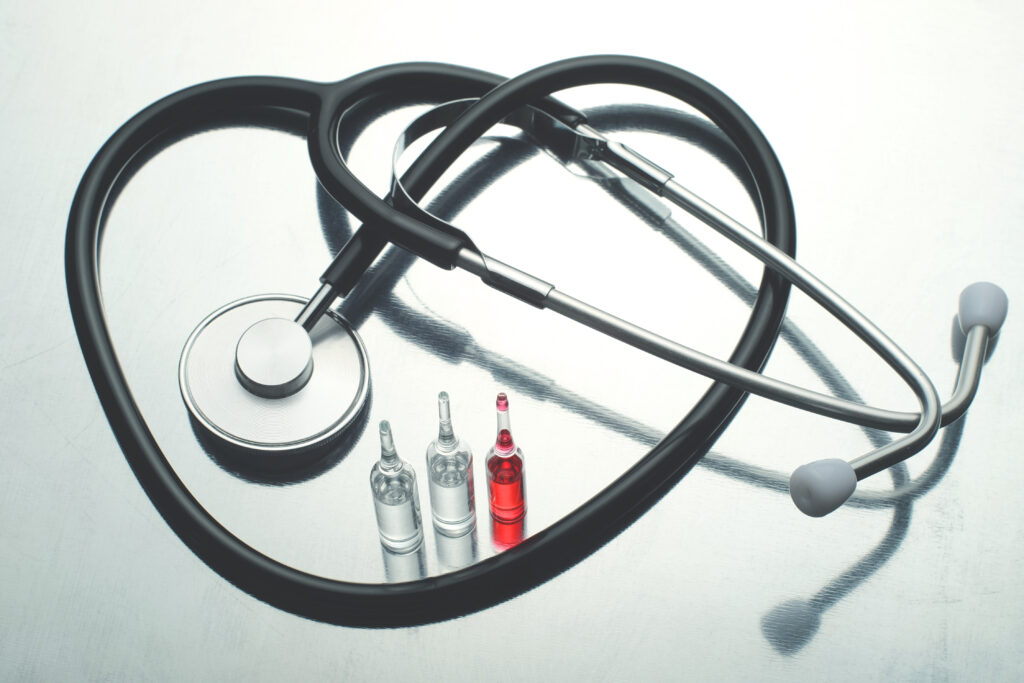 Before the invention of the stethoscope, doctors would simply place their ears to the chest of their patients to listen to their patient’s heartbeat and lungs. Most of the time, this method sufficed, but there were times when it wasn’t effective.

On one such occasion, French physician René Laënnec had a patient with too much body fat for him to hear her heartbeat by ear. This inspired him to invent the first stethoscope, a trumpet-shaped wooden tube, which amplified the sounds of the heart and lungs. The principle of sound amplification has remained the same, leading to the version we know today.

Without a doubt, surgery used to be a much graver proposition than it is today. One of the chief reasons for this is that before the middle of the 19th century, anesthetic simply wasn’t an option.

That changed Oct. 16, 1846, when William T.G. Morton demonstrated the mysterious wonder of ether which is a substance powerful enough to dull the pain and agony that had long been associated with surgery. 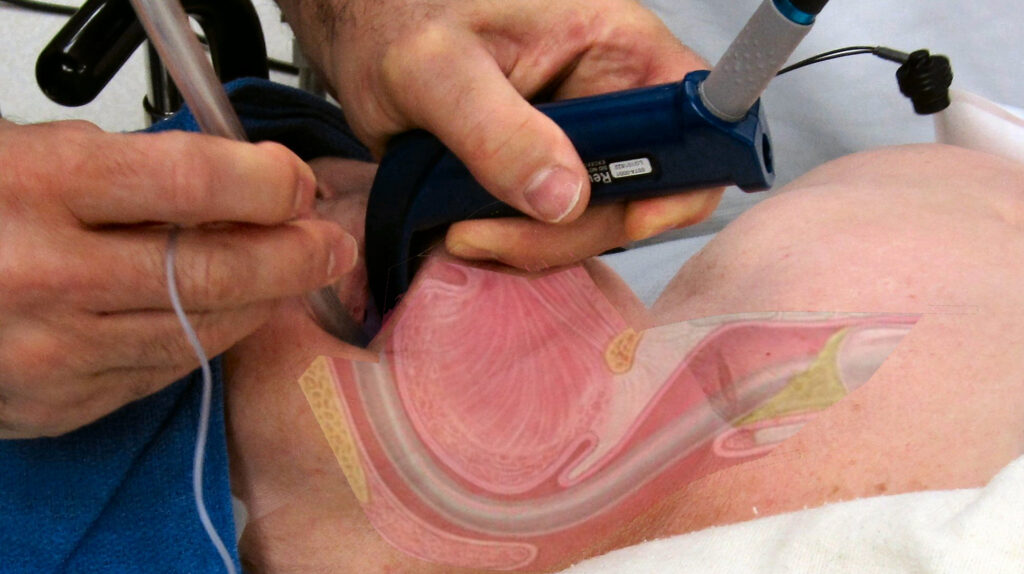 Soon after, a faster-acting substance called chloroform became widely used but was considered high-risk after several fatalities were reported. Since the 1800s, safer anesthetics have been developed, allowing millions of life-saving, painless operations to take place.

But while anesthetic was a great advance in and of itself, another advance that occurred at roughly the same time may have been even more beneficial is antisepsis or the creation of a sterile surgical environment.

It’s hard to imagine the correct diagnosis and treatment of injuries as common as fractures without X-ray imaging technology. X-rays were accidentally discovered when a German physicist Wilhelm Conrad Röntgen was studying electric currents passing through a gas of extremely low pressure.

He observed that in a darkened room, the cathode ray tube covered with barium platinocyanide caused a fluorescent effect. Since the cathode rays are invisible, he didn’t know what the rays were and named them X-radiation for their unknown nature. He won the first-ever Nobel Prize in Physics in 1901 for his discovery. 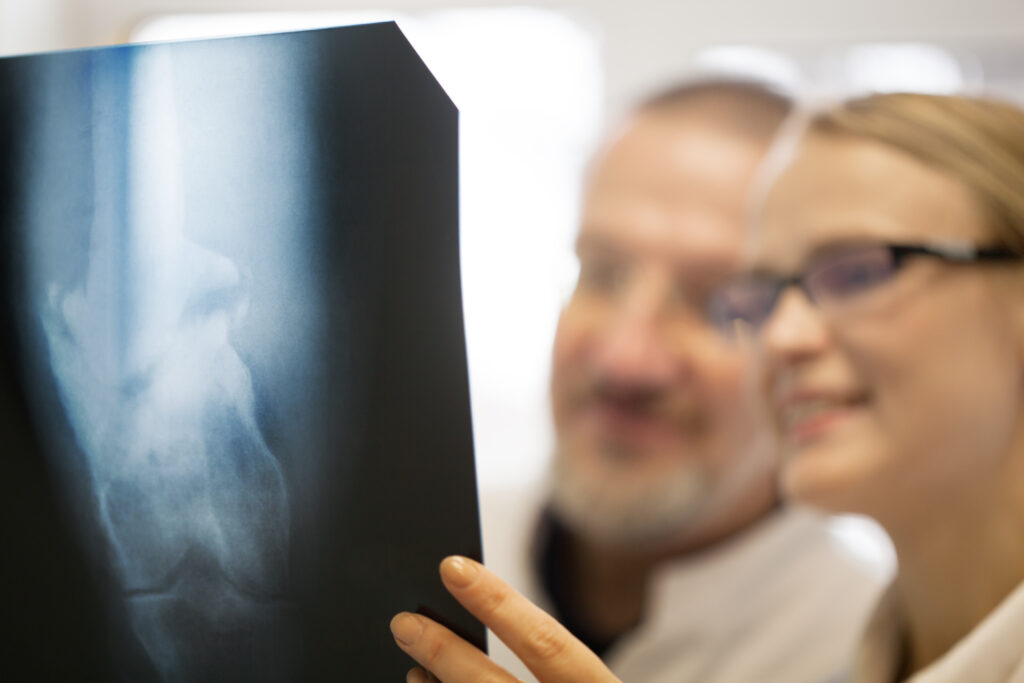 The initial reception to the discovery, however, was met with hostility and mockery with a New York Times journalist referring to it as “an alleged discovery of a method to photograph the invisible”.

Today X-ray is a powerful imaging technique we see used in many medical examinations, treatments, and during surgery. CT, radiation therapy, and fluoroscopy are all based on X-rays.

As with vaccination, the advent of antibiotics hailed a new era in the treatment of communicable diseases.

People most commonly associate the advent of antibiotics with Alexander Fleming’s discovery of penicillin. In actuality, the age of antibiotics began in 1907 with the creation of Salvarsan by Alfred Bertheim and Paul Ehrlich. Today this Salvarsan is known as Arsphenamine. It was the first drug to effectively counter Syphilis, marking the beginning of anti-bacterial treatment.

Alexander Fleming’s penicillin, the world’s first antibiotic, completely revolutionized the war against deadly bacteria. Famously, the Scottish biologist accidentally discovered the anti-bacterial ‘mould’ in a petri dish in 1928. However, Fleming’s incredible findings were not properly recognized until the 1940s, when they began being mass-produced by American drug companies for use in World War II. 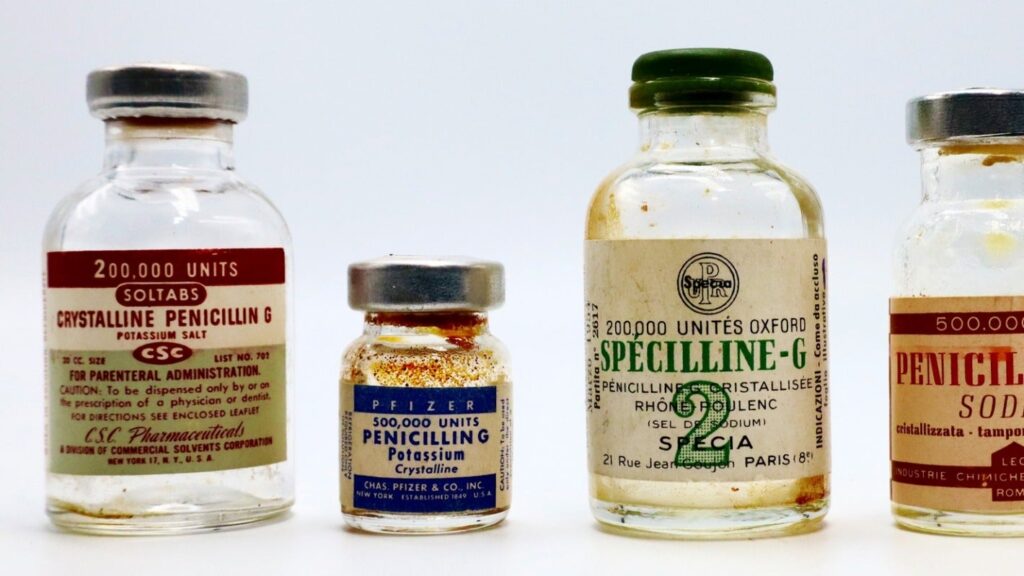 Two other scientists were responsible for the mass distribution of penicillin, Australian Howard Florey and Nazi-Germany refugee Ernst Chain, and their development of the substance ended up saving millions of future lives. Unfortunately, over the years certain bacterium have become increasingly resistant to antibiotics, leading to a worldwide crisis that calls for the pharmaceutical industry to develop new anti-bacterial treatments as soon as possible.

This milestone invention was the fruit of two Australian scientists’ labor, Mark C. Hill and physicist Edgar H. Booth in 1926. The prototype was a portable setup consisting of two poles, one connected with a salt solution soaked skin pad and the other to a needle that was inserted into the patient heart chamber. 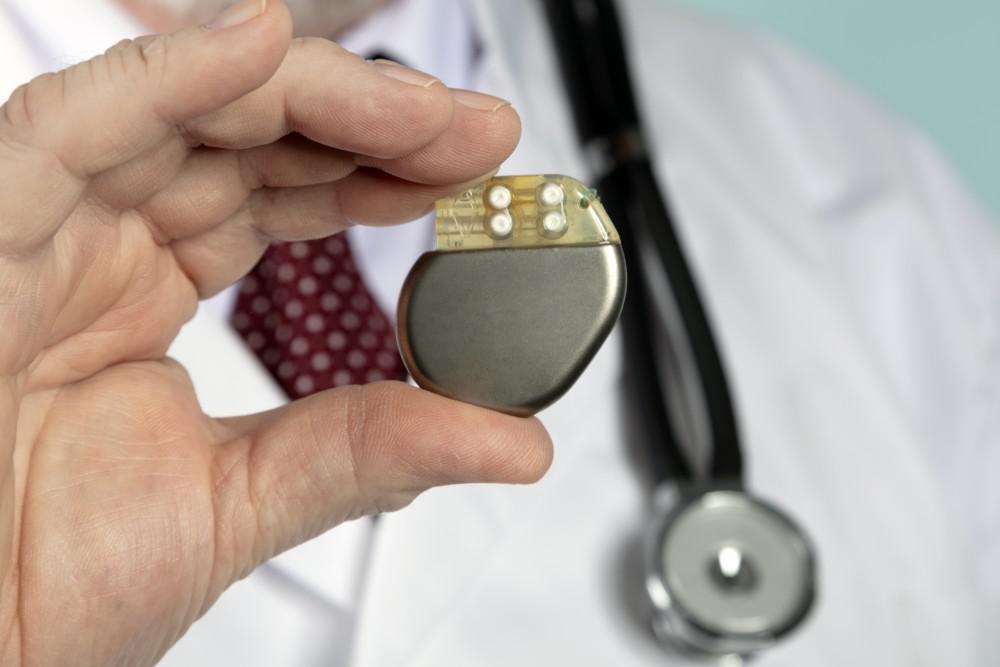 Despite such a crude design they both successfully brought back to life a stillborn baby. Today the pacemakers are much more sophisticated with an average battery life of 20 years.

Most medical innovations are pioneered by highly-educated individuals, but in this case, the opposite was true. The disposable catheter was invented by David S. Sheridan (also known as the Catheter King ) who only had an 8th-grade education and was working in a floor refinishing business at the time.

Sheridan created a hollow plastic tube that was designed to be discarded after one-time use. He later went on to hold over 50 patents before passing away in 2004 at the age of 95. 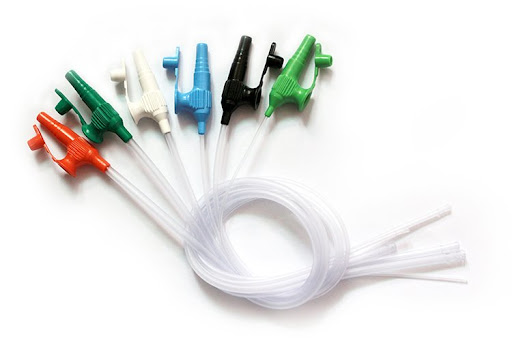 Either related to illness or accident, there are people around the world that suffer from a neurological disorder that impairs or even impossible to naturally empty their bladder.

Disposable catheters give these people the opportunity to live lives relatively normal lives through the process of intermittent self-catheterization.

One of the most miraculous inventions, the idea concept of defibrillation had been known for decades. However, it wasn’t until Claude Beck, a Cleveland cardiovascular surgeon successfully defibrillated the heart of a young boy during surgery that a dead person had been brought back to life in a clinical setting. 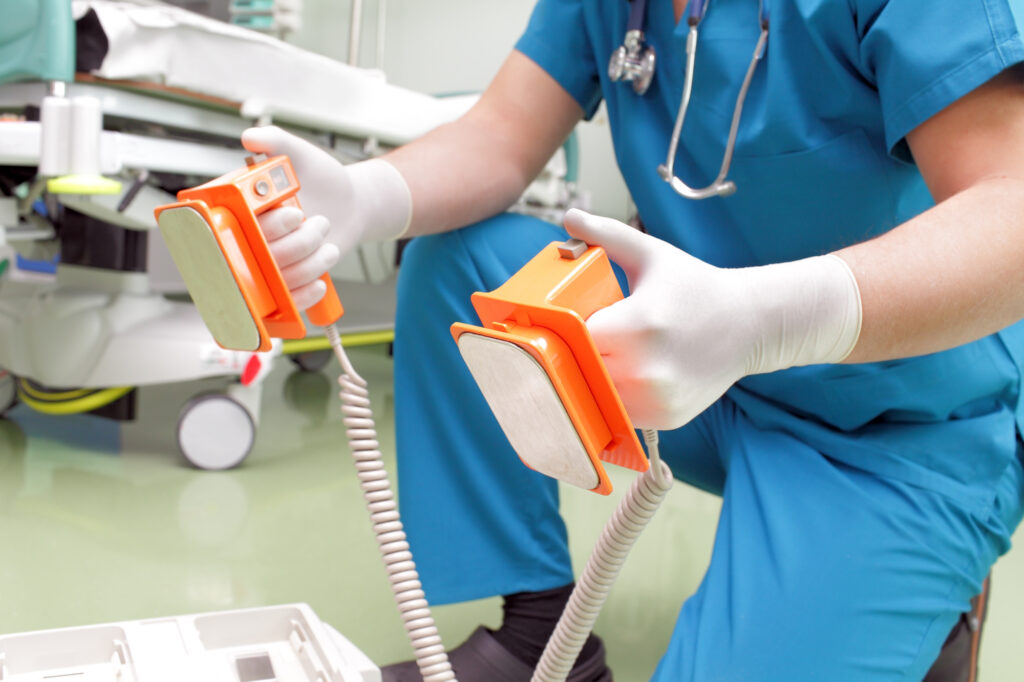 Today, the cardiac defibrillator is used daily around the world and has saved millions of people from life-ending scenarios.

The first successful transplant operation, which took place in December 1954 by Dr. Joseph Murray and Dr. David Hume in Boston, USA, removed a kidney from one donor and installed it in the body of his identical twin.

Despite many previous attempts in history, this was the first instance where the recipient of an organ transplant survived the operation. The turning point came when various technical issues were overcome, such as vascular anastomosis (the connection between two blood vessels), placement of the kidney, and immune response.

Today, there are more than 90,000 people awaiting a transplant in the United States alone, a situation that also reveals the moral considerations that come entwined with such techniques.

Terrible viruses such as smallpox, influenza, and hepatitis have ravaged many human populations throughout history. Unlike the sweeping success of antibiotics in the late 1930s and 1940s, the development of antivirals did not really take off until the 1960s.

This was mostly due to the structure of a virus, which was a core of genetic material surrounded by a protective protein coat that hides and reproduces inside a person’s cells. As the virus information is so protected, it was difficult to treat them without damaging the host cell. 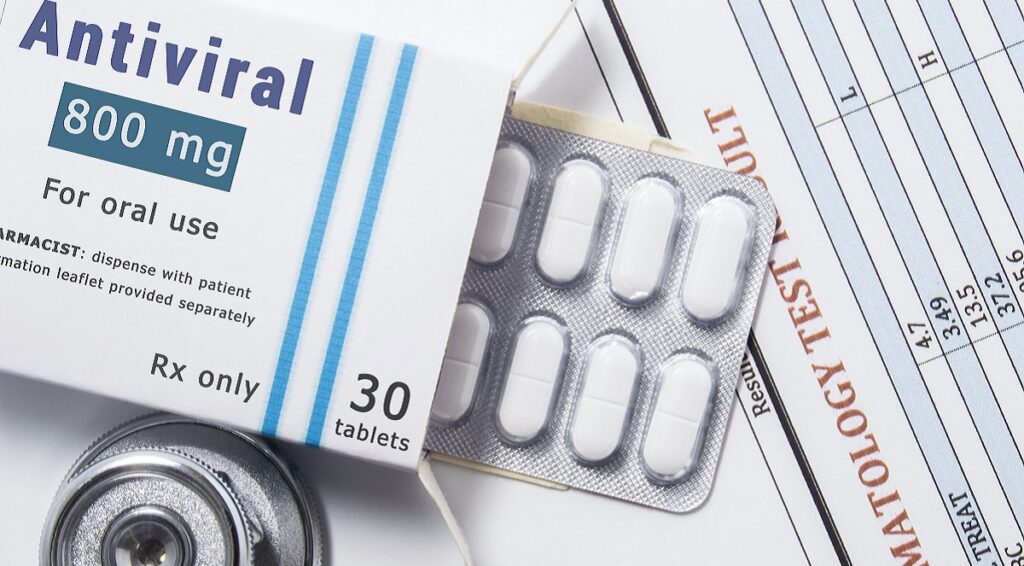 Over the years antivirals have improved significantly, and work by blocking the rapid reproduction of viral infections, and some can even stimulate the immune system to attack the virus. The development of effective antivirals has been significant in treating and controlling the spread of deadly virus outbreaks such as HIV/AIDS, Ebola, and rabies.

The incredible potential of stem cells was discovered in the late 1970s, when they were found inside human cord blood. Two specific characteristics make stem cells remarkable: they are unspecialized cells that can renew themselves through cell division even after being inactive, and under certain conditions can be used to make any type of human cell. 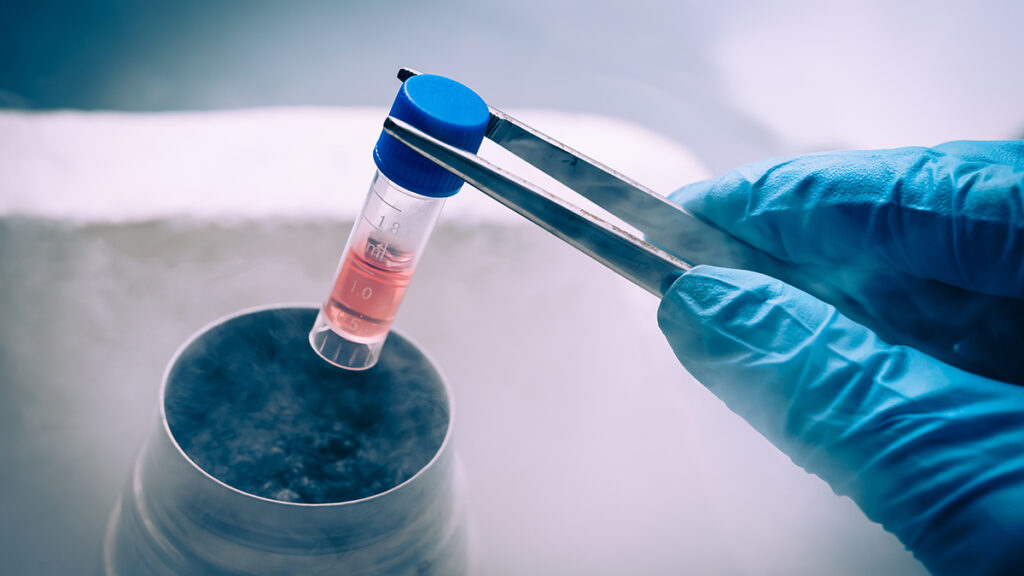 This discovery has enormous potential and stem cell therapy has already been used to treat leukemia and other blood disorders, as well as in bone marrow transplantation. Research is currently ongoing to use stem cells to treat spinal cord injuries and several neurological conditions such as Alzheimer’s, Parkinson’s, and strokes.

However, due to the ethical issues surrounding the use of embryonic stem cells, researchers are likely to face many obstacles when developing stem cell-based therapy.

CT scans didn’t come into the picture until the 1970s. Dr. Godfrey Hounsfield developed the first commercial CT scanner, which saw its first application on a patient in London. This technology was brought to us by the company BMI, the same BMI which had previously made a fortune off the British band known as The Beatles. 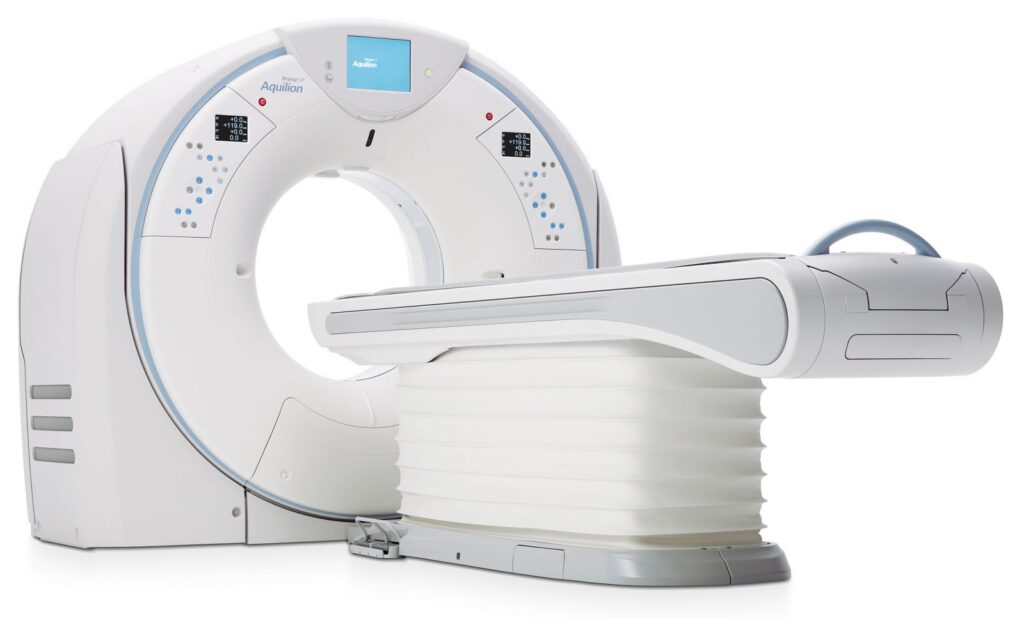 Dr. Godfrey Hounsfield later received the 1979 Nobel Prize in Physiology or Medicine for his work.

Following the invention of the CT scanner, Dr. Raymond V. Damadian patented a technique using nuclear magnetic resonance to distinguish between normal and cancerous tissue. This later evolved into Magnetic Resonance Imaging (M.R.I.) and radically improved healthcare for millions of patients around the world.

The heart is the most important organ in our body, keeping us alive and transporting blood to various parts of our body. One of the leading causes of death is heart disease.  Aside from standard medication and medical treatments, transplants are a great option to combat these statistics. 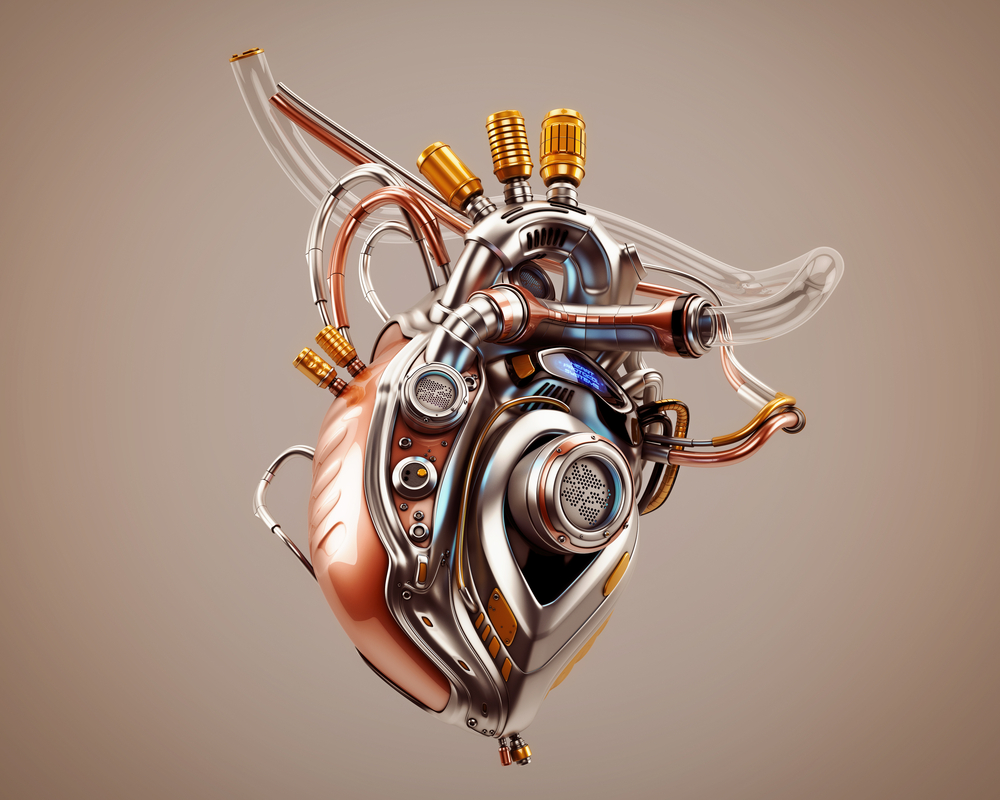 Yet, the number of patients who need a heart transplant far exceeds the supply. Though the ideas of the artificial heart can be traced all the way back to Jean Cesar LeGallois in 1812, with multiple.  variations over time, Dr. Robert Jarvik is the first person to create a permanent artificial heart, in 1982. The artificial heart has evolved over the decades saving countless lives.