Rhinoplasty is defined by the American Academy of Otolaryngology (AAO) as “a surgical procedure that alters the shape or appearance of the nose” with functional rhinoplasty specifically aimed at “enhancing the nasal airway.” Traditionally, this procedure was classified dichotomously as aesthetic or functional based on the surgical goal, but the overlap between these categories is increasingly recognized. 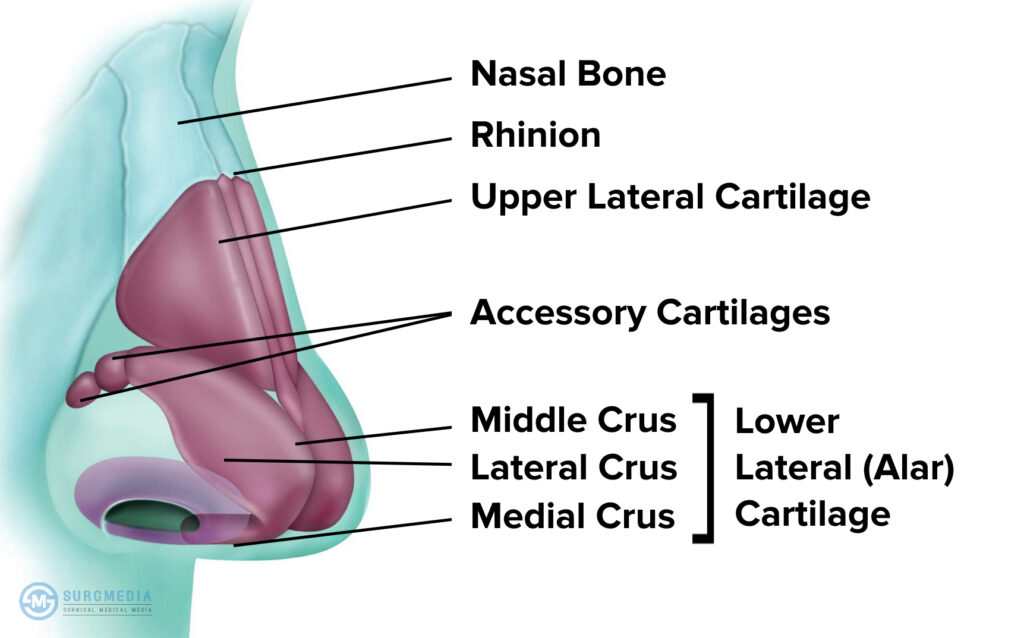 If a person is upset by one or more of the following problems about the shape of his/her nose, he/she may consider surgery:

What to Think About Before You Have Nose Reshaping 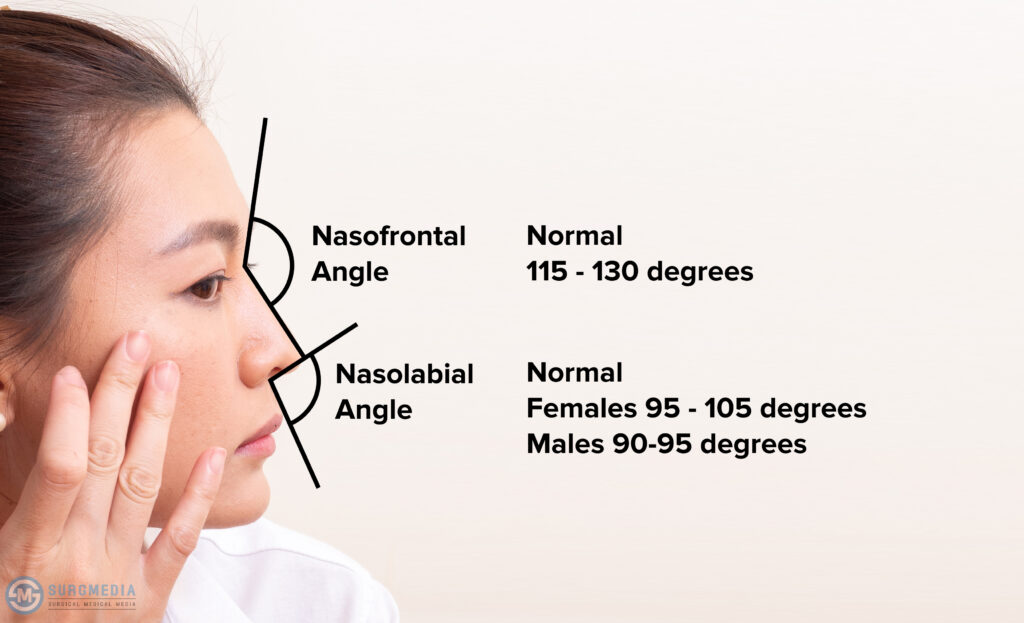 Nose reshaping is a complex operation. The results cannot be guaranteed, there are risks to consider, and it can be expensive.

Before you go ahead, be sure about why you want nose reshaping. Speak to your GP first and take time to think about your decision.

— About their qualifications and experience

— How many operations they’ve performed where there have been complications

— What are their patient satisfaction rates are

How is Rhinoplasty Performed?

In open rhinoplasty surgery, the incision is applied to the area which is accepted as the middle pole of the nose. The nasal skin and then cartilage tissue is lifted from this incision site. Necessary procedures are performed depending on the nasal functions or disorders of the nose structure; cartilage tissue and skin are replaced back on the nasal middle pole again and the operation is completed by closing the incision. Open rhinoplasty is the preferred method of surgery because it provides a clear view of all structures and the best result during surgery.

When the two techniques are compared, in open rhinoplasty, the surgeon has more control over the interior of the nose and therefore can perform a clearer reshaping, but the healing process may be slightly longer. A mild scar, though subtle, is likely to remain. In closed rhinoplasty, the surgeon’s experience is very important. In this technique, the healing process is both more comfortable and shorter for the patient. In addition, since it’s performed through the nostrils, it does not leave any scar.

— Nose reshaping is usually carried out under general anesthetic.

— Depending on the type of surgery you’re having, the surgeon may:

— The skin over the nose should shrink or expand to its new shape.

— A closed rhinoplasty leaves no visible scars and causes less swelling, but is not always possible or available.

— The procedure can take 1.5 to 3 hours. You’ll probably need to stay in the hospital for 1 or 2 nights.

— You’ll have a dressing on your nose for the first 12 hours after the operation, and a splint held over your nose with tape for 7 days. You may not be able to breathe through your nose for about a week.

— You’ll be given painkillers to help control any pain or discomfort.

How Long Does a Rhinoplasty Procedure Take?

Each nose is unique and therefore requires a unique approach when getting a nose job. Most nose jobs take about 1.5 to 3 hours, although they can last longer than this if more extensive work is needed. The exact time your operation may take depends on a number of different factors.

These factors include the reasons you have for seeking this operation, the complexity of the planned procedure, and the methods used by the surgeons during the procedure. After your nose job is complete, you’ll rest in a recovery room before being sent home to continue the healing process.

With Rhinoplasty, the amount of pain that you’ll have varies; however, according to patient testimonials and experiences states that pain is minimal to moderate. The intensity of pain, at any level, usually lasts for about 36 to 72 hours. However, there are records of having more prolonged pain for bumped or manipulated cases.

Your nose will remain sensitive for a couple to three months after surgery. By that time, your nose is still delicate to touch, and recovery is vital to the overall success of the nose job.

The stages of pain that you’ll experience after Rhinoplasty depends on the treatment that you had.

Allowing natural healing helps your nose recover faster. Without manipulation and the likes, you’ll have your nose healed in about three months or 100 days. However, your appearance will gradually improve day by day.

A. Who Can Have Rhinoplasty?

Female patients older than 16 years of age and male patients older than 18 years of age are eligible to undergo rhinoplasty. In aesthetic operations, physical characteristics, age, expectations, anatomical structure, and existing health problems of the patient should be carefully evaluated and the appropriate method should be selected for the patient. The operation should be patient-specific.

Rhinoplasty operations should be particularly performed by cosmetic surgeons who have a holistic approach to the face and are capable of repairing the functional structure of the nose.
Things to consider before surgery

Before the operation, the patient should inform the surgeon and anesthesiologist who will perform the aesthetic surgery about all details about his/her existing medications and general health status. Before the operation, s/he must notify his/her surgeon of upper respiratory tract infections, fever, cough, sore throat, abdominal pain, flu, cold, and cold sores she/he might have.

A. Issues To Consider After The Operation:

— Supporting the head with a pillow during the first two nights after rhinoplasty and sleeping in a vertical position as much as possible will minimize your risk of developing edema.

— Avoid exposure of nasal region to direct sunlight for at least 3 months. You’re advised to wear a high-factor sunscreen or a protective hat for this purpose.

— Avoid swimming in the sea, pool or bathing in sauna for the first 4-5 weeks.

— Avoid drinking alcohol and smoking as they will have negative impact on recovery of sutures and prevent regeneration of tissues.

— Avoid blowing your nose in the first weeks.

Various procedures including visible humps on the bridge, a previous rhinoplasty, making a new nose using a bone from the ribcage are subject to different prices.

What Are the Risks of Rhinoplasty?

There is no surgery without any risk, but it is important to be operated by a surgeon who knows these risks well and can take precautions against them.

1. Is it Possible to Perform Concha and Nasal Obstruction Operations Concomitantly with Rhinoplasty?

Conditions leading to nasal congestion and breathing problems such as concha and deviated septum can be corrected concomitantly with rhinoplasty.

2. What is Nasal Tip Plasty?

Nasal tip plasty is applied to patients who do not have any problem such as a prominent bridge, curvature or humps on nasal dorsum and whose appearance can be corrected with a minor intervention on nasal tip.

Tip plasty takes a short time and is usually applied under local anesthesia. After the operation, the patient may develop a very mild swelling but usually does not develop any bruise. Its recovery period is much shorter than other nasal surgeries, and the person can resume normal activity immediately after a concise rest period.

3. What Are The Non-Surgical Rhinoplasty Methods?

Nasal filling, also known as a non-surgical nasal esthetic application, refers to changes in the shape of the nose performed without surgical intervention. Filling materials that give volume to the skin, such as hyaluronic acid, are injected into the nasal region by appropriate techniques.

In this procedure, nasal cavities, recesses, contour deficiencies, and asymmetries are temporarily treated. It should be repeated at certain time intervals. 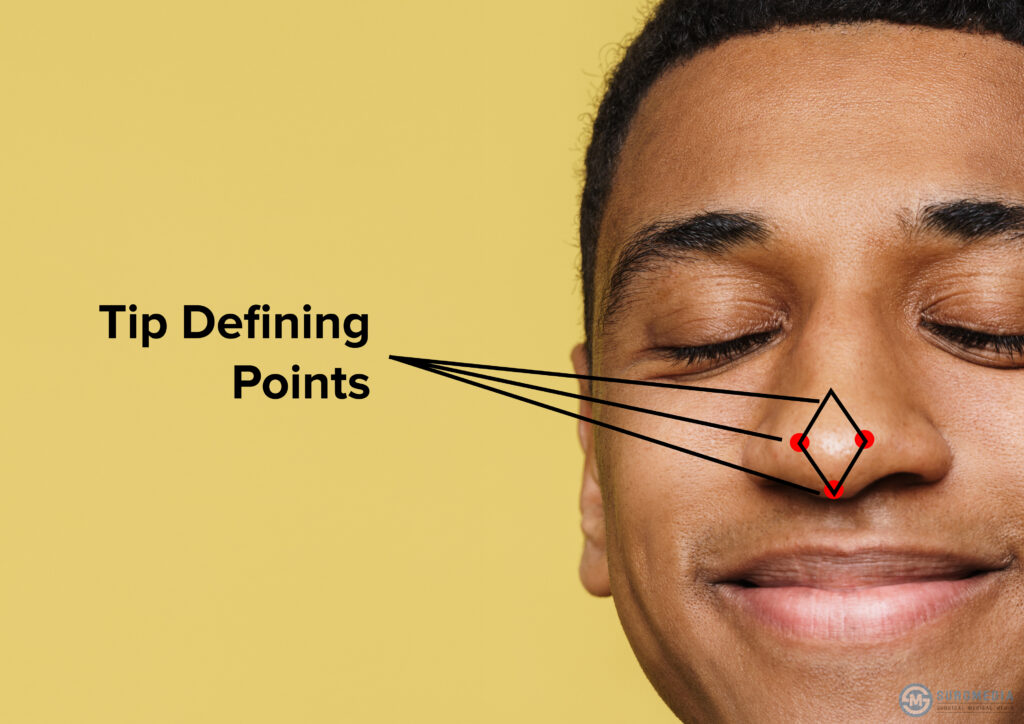 It is a procedure applied with sutures used in surgeries. This procedure does not provide long-term persistence as other applications.

4. Is it Possible to Correct Septum Deviation by Plastic Surgery?

Septum is a part of the nose covered with mucosa, which divides the nasal cavity into two parts from the middle and consists of cartilage in the front and bone at the back. Septum deviation, i.e. a physical disorder of the nose where this cartilage or bone part in the nose midline leans to one side, is one of the causes of respiratory distress.

This leaning may occur in the front or at the back. Passage on the side where this leaning occurs is narrowed, causing difficulty in breathing. Concha and septum deviations can be operated on by plastic surgeons concomitantly with rhinoplasty.

Nose filing is a method used to reduce the height of the nasal ridge, usually in the case of aquiline noses. Using the file used during nasal esthetic operations, the dorsal height of the nose is brought down to the desired level.

Where the nasal hump is too high, at the surgeon’s discretion, the excess part can be removed by filing or excision but filing the nasal hump section and bringing it to the desired level constitute a more controlled process.

6. Can Sinusitis Patients Have Nasal Surgery?

Sinusitis patients do not have any contraindication to have a rhinoplasty.

7. Will There Be Any Scar Left After Rhinoplasty?

In the open technique used in rhinoplasty, a small incision is made between the nostrils to perform the procedure so it is likely that a very mild scar is left in this part of the nose.

Since wound healing varies from person to person, this scar does not appear to be the same in all patients. In open rhinoplasties performed by cutting at the right site, there will almost be no scar.

8. How Long Does the Swelling and Bruises Take to Heal After the Surgery?

It is true that rhinoplasty operations performed in the past caused very intense swelling and bruising. But nowadays, by the courtesy of techniques and technological developments utilized, they are much less common.

Precautions taken during surgery, operations performed without the use of tampons, and post-operative cooling masks are very effective methods for preventing or minimizing swelling and bruising.

The swelling and bruises that may occur despite all precautions taken and treatments performed depending on the tissue structure of the person and whether they are allergic or not completely resolve after a week or in ten days.

9. Does Rhinoplasty Cause Loss of Sense of Smell?

Any aesthetic and functional interventions made during the operation are far from the part where the nose performs its smell function. In other words, no interventions, including incisions, etc., are made in that area so this operation does not affect the function of smell.

Only shortly after surgery, there will be a slight nasal congestion due to edema in the nose, which will affect the sense of smell to some extent until the swelling subsides. 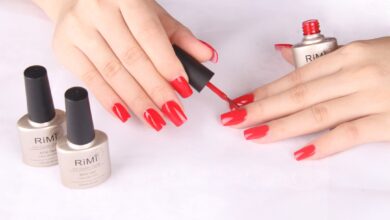 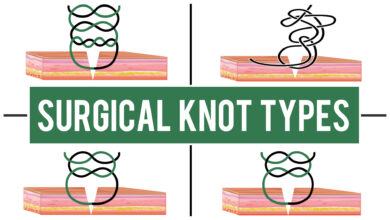