In 1987, Mouret performed the first laparoscopic cholecystectomy dramatically changing surgical practice. The performance of abdominal laparoscopic surgery increased and was widespread by the 1990s. The adoption of this new technique resulted in the emergence of new, specific operative complications. Incisional hernias at the site of entry of a trocar is a serious complication in laparoscopy because most trocar site hernias require further surgery.

Trocar site hernia defined as the development of a hernia at the cannula insertion site, and this term has been used in many articles; however, “port site hernia” has also been used in other articles in similar situations.

The incidence of trocar site hernia was varies 1 in 100 to 1 in 800  cases in several studies and several clinical disciplines.

Trocar site hernias can classified into 3 types according to the reported cases.

The special type indicates dehiscence of the whole abdominal wall. Protrusion of the intestine and other tissue (eg, greater omentum) is recognized. The first case, reported by Fear, was of the special type: a loop of the bowel came through a defect as the laparoscope and sheath were withdrawn.

Therefore, this first report points toward expressing a protrusion of the bowel and/or omentum as a “hernia,” although in this type there is no hernial sac.

In morbidly obese patients, a thick preperitoneum predisposes the development of the Richter hernia, despite adequate fascial closure. This type’s clinical character is just like the early onset type. Therefore, we did not create another classification for this type.

The use of a large trocar as one of the factors predisposing the development of a hernia. Many authors have mentioned that a direct relationship of trocar size to the risk of subsequent herniation seems reasonable.

Although it has been stated that fascia closure of trocar holes, which is sometimes difficult, might preclude or decrease the incidence of obstructions, as well as that reported in the literature indicates that adhesions or incarcerations, whether median or lateral, can still occur after fascial closure.

It was reported that an incomplete closure might lead to a trocar site hernia and many surgeons have advised fascial closure of the trocar site.

The pneumoperitoneum is established by Veress needle (closed laparoscopy) or the Hasson trocar insertion (open laparoscopy).

Many authors have shown that most hernias appeared at the site of midline trocars, and that umbilical sites were most common. Several authors have commented regarding the anatomical and inherent weakness of the paraumbilical region.

There have been some explanations for this.

5. Stretching the Port Site for Retrieval:

Umbilical wound enlargement to retrieve specimens might be involved in the occurrence of trocar site hernias. Extension of the umbilical fascial defect is a significant risk factor shown in some prospective studies.

Carbon dioxide might push the omentum or intestinal loops through the point of insertion in the fascia. The protruding structures might then be trapped by abdominal muscle contractions.

Ninety percent of the trocar site hernias in the series by Azurin et al. occurred in patients with comorbidities such as wound infection, diabetes mellitus, and obesity, although none of these reached statistical significance.

There was a trend for patients with trocar site hernias to have a higher body mass index (calculated as weight in kilograms divided by the square of height in meters), although this did not reach statistical significance.

The morbidly obese are at a high risk for preperitoneal hernias because of their substantially thicker preperitoneal space and elevated intra-abdominal pressure.

Consequent poor nutrition could be an important factor that might distinguish the various groups of patients for trocar site hernias.

A postoperative port site wound infection is one of the factors predisposing the development of a hernia. 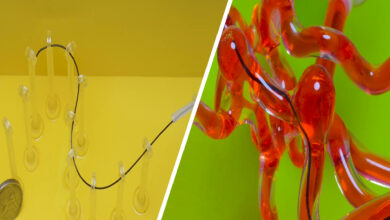 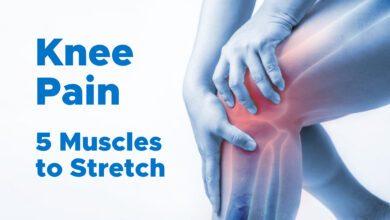