Robot-assisted minimally invasive surgery (RMIS) holds great promise for improving the accuracy and dexterity of a surgeon while minimizing trauma to the patient. However, widespread clinical success with RMIS has been marginal. It is hypothesized that the lack of haptic (force and tactile) feedback presented to the surgeon is a limiting factor.

Haptics generally describes touch feedback, which may include kinesthetic (force) and cutaneous (tactile) feedback. In manual minimally invasive surgery (MIS), surgeons feel the interaction of the instrument with the patient via a long shaft, which eliminates tactile cues and masks force cues.

Some studies have linked the lack of significant haptic feedback in MIS to increased intra-operative injury. In teleoperated robot-assisted minimally invasive surgery (RMIS), all natural haptic feedback is eliminated because the surgeon no longer manipulates the instrument directly.

From the clinical perspective, the lack of feedback is a limiting factor for the surgeon to improve the accuracy and dexterity of surgery with the robotic system. Without haptic feedback, the surgeon loses the ability to perform tissue palpation to assess tissue stiffness variations which can be performed during open surgery.

Haptic feedback transmits the force/torque reading from the slave side to the master side via a haptic device that can reproduce the force interaction between the surgical tool and human tissue. Surgical systems without the force feedback are not able to assist the surgeon to manage completely the tool–tissue interaction forces during operation, especially in complex surgical tasks such as tissue suturing or knot‐tying that requires more precision.

To overcome the problems associated with this lack of feedback, various sensing techniques have been developed to detect tissue interaction forces and to transfer the force sensing information to the surgeon. Ideally, these sterilizable and biocompatible sensors are integrated at or near the tip of the surgical tool.

In the robotics and virtual reality literature, haptics is broadly defined as real and simulated touch interactions between robots, humans, and real, remote, or simulated environments, in various combinations. The goal of haptic technology in robot-assisted minimally invasive surgery is to provide “transparency”, in which the surgeon does not feel as if he is operating a remote mechanism, but rather that his own hands are contacting the patient.

This requires artificial haptic sensors on the patient-side robot to acquire haptic information, and haptic displays to convey the information to the surgeon. Scientists categorize haptics as kinesthetic (related to forces and positions of the muscles and joints ) and/or cutaneous (tactile; related to the skin) in nature.

Haptics includes force, distributed pressure, temperature, vibrations, and texture, which are in some cases difficult to model and quantify, let alone acquire and display. To provide myriad haptic information to the surgeon without sacrificing the maneuverability and dexterity afforded by the RMIS system is a major technical challenge. Simultaneously, the robot components, particularly disposable instruments, must remain low cost and robust.

Recently a surgical robot allows surgeons to “feel” their way through a procedure with a haptic feedback system. imaging for greater confidence and accuracy than is possible with current robotic laparoscopic systems.

Laparoscopic, or “key hole” surgeries, are significantly less invasive than “open” surgeries, requiring just a few small incisions and providing shorter recovery times, but the procedures do limit a surgeon’s field of vision and ability to feel differences in tissues while operating.

Suren Krishnan, who in 2008 was the first surgeon to perform an ears, nose, and throat (ENT) operation with Intuitive’s Da Vinci surgical robot, assisted in the design of HeroSurg and stated that the “lack of tactile sensation” was the primary drawback to current robotic laparoscopic systems. 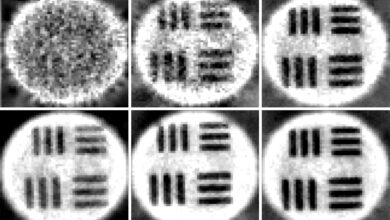